Welcome to the OPTPDE Problem Collection

This is a distributed optimal control problem for a semilinear 1D parabolic reaction-diﬀusion equation, where traveling wave fronts occur. The state equation is known as Schlögl model in physics and as Nagumo equation in neurobiology. In this context, various goals of optimization are of interest, for instance the stopping, acceleration, or extinction of a traveling wave. Here, we discuss the problem of re-directing a wave front after a certain time. The control is acting only on two subdomains near the boundary, which occupy the portion of the entire spatial domain. This problem appears in [Buchholz et al., 2013, Section 5.2]. In the same paper, additional examples can be found which cover the other optimization goals mentioned above.

The natural uncontrolled state is shown in Figure 0.1. In the ﬁgure, the horizontal axis shows the spatial variable while the vertical one displays the time . The speed of the uncontrolled wave front was determined numerically. 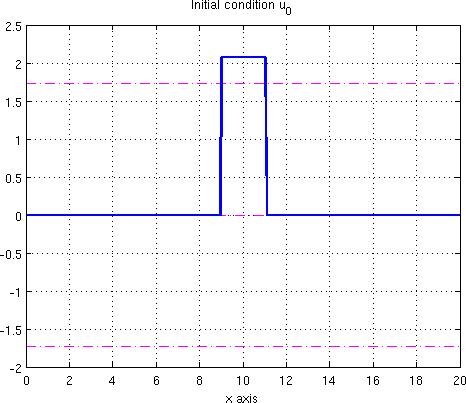 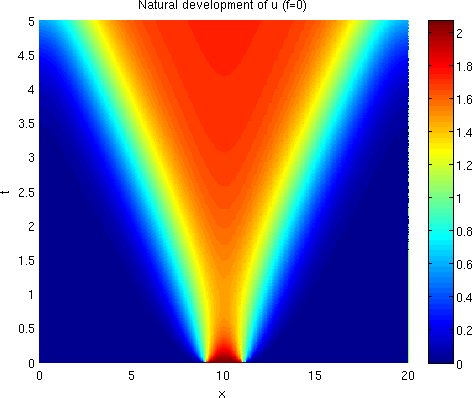 Notice that the PDE has a non-monotone nonlinearity. The associated homogeneous elliptic (stationary) equation admits three diﬀerent solutions; namely, the functions , , and .

The following optimality system for the state , the control , and the adjoint state , given in the strong form, represents ﬁrst-order necessary optimality conditions.

Figure 0.2 displays the desired state, as well as the optimal state and optimal control. 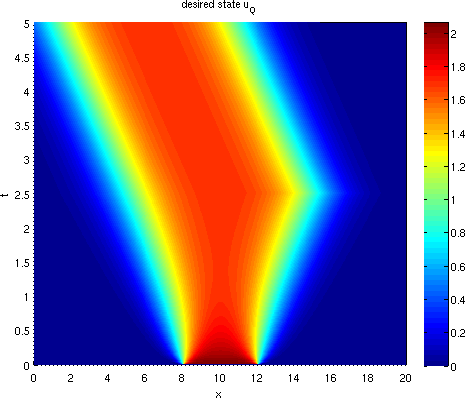 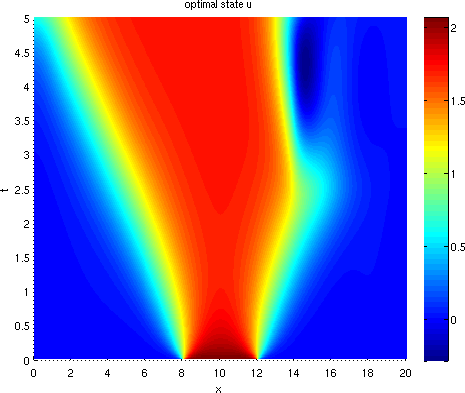 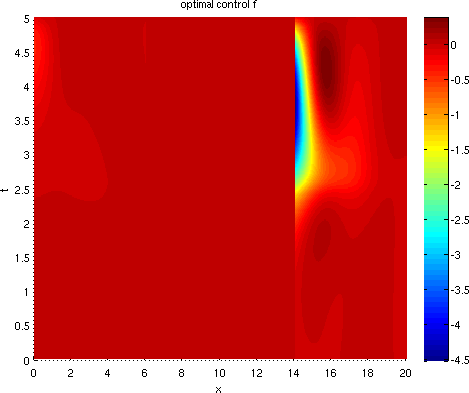